The year is 2045, London. The UK has fallen into the hands of a totalitarian regime, Unity, and has turn to shit. Somewhere, years ago, a secret lab experimented on kids with supernatural powers. After a breach, they managed to escape. Some of them stayed out, but Clara, who lost her memory of her childhood, was brought back and has been working for them since. Now, she has to go out again to find the others, and bring them back… Easy, right? Unless it’s… the end of the world. 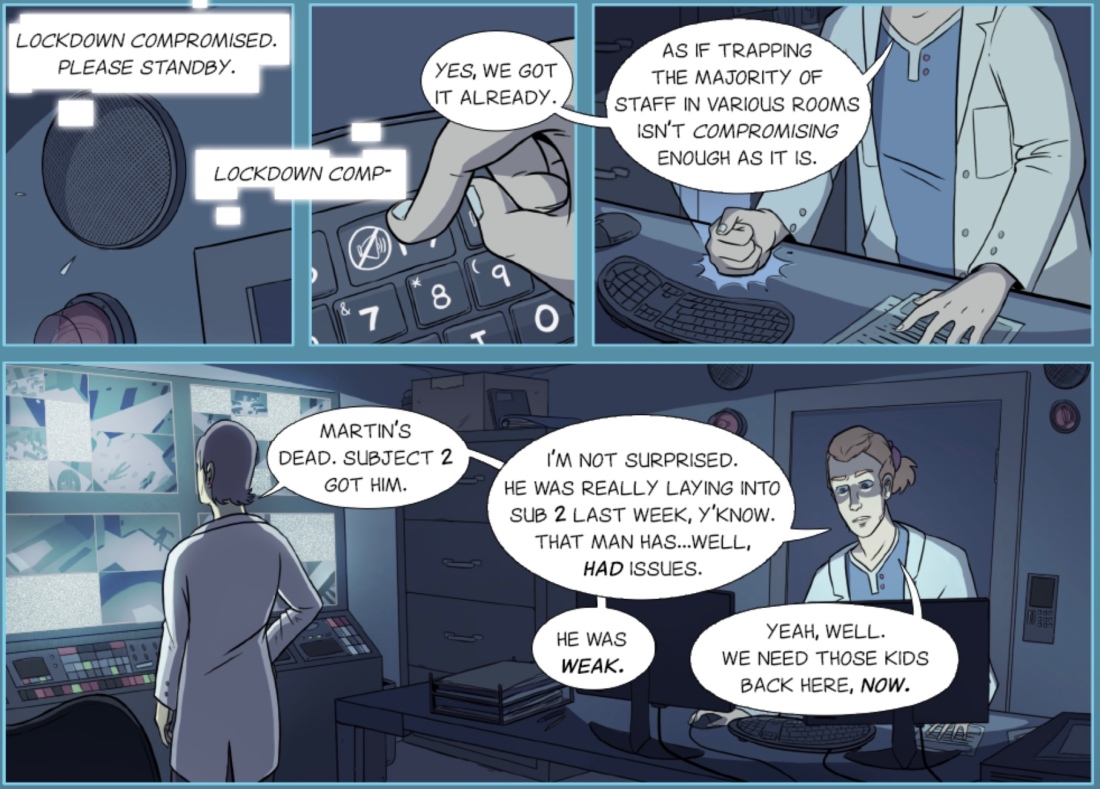 There’s a few things that set APOC’s art style apart. It’s your usual, full color, slightly manga inspired comic, with clean lines and cell-shading. The backgrounds are very nice and full of details, and the ambiance is well rendered (it can be a bit sparse, but it only highlights the truly important bits more). What I noticed most was the quality of the lettering, and I usually don’t notice that. The sounds effects from the very beginning work super well, and you can feel how mastered it is. The design of the monster that lives in Clara is simple but works oh so well, and doesn’t feel too cliché (even though, as Clara says it’s an edgy shadow monster). I’d like to point out the use of animated GIFs: it’s something I see rarely in use in nowadays’ webcomic, and yet such a good utilisation of the internet format. In APOC, they help show some movements, lights flickering, monsters, and it gives the comic such a nice touch. Some stylistic choices, especially in character design, could be not of everyone’s taste, but it’s really not a damper on the whole thing. Also, kudos for the jump in style in chapter three, I can’t wait to see where this comic is going in terms of graphic quality.

APOC has only been around since the end of 2019, so we don’t have a lot to go off of in terms of story. We learn through the prologue about children being test subjects with supernatural powers, their escape from Oculi, and how Clara, our main character, has been recaptured and still works with them seven years later. From then on, the focus turns to her, trying to find the other test subjects to bring them back to Oculi. The setting of the story is really interesting, and if you like fantasy, dystopian settings and mysterious super powers, this is the story for you. It takes a while to get in motion, but we only have four completed chapters so far, so it makes sense. I do wish there was a bit more time to learn about Clara in terms of her personality, not just what happened to her, and I hope to see this soon. We do learn a lot more about one of the other test subjects, Robert, and I’m sure you’ll get attached to this character and his gang pretty quickly. 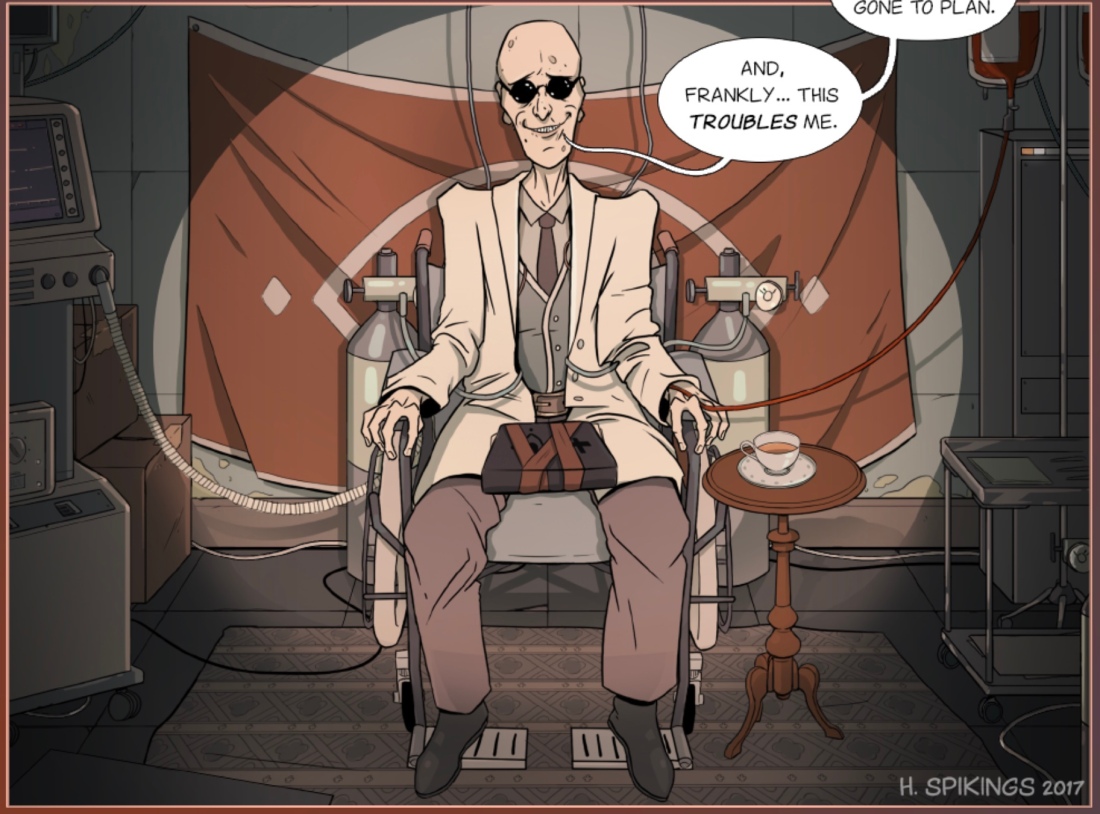 APOC is a short read but worthwhile. Being such a recent comic, it’s exciting to think of where this is gonna go, and what secrets and mysteries wait for us as pages get published. So get on this train quick and get reading!

Will I keep reading: it’s not my type of story, but I’ll make sure to check on it regularly!

Would I recommend: for lovers of mysterious powers and shonen manga, definitely.

Where to find the author:

What is Webcomic Review?

Webcomic Review is a small independent blog run by comic artist and illustrator Potassium. The aim is to provide clear, wholesome and constructive reviews of your favorite and potential new favorite webcomics.